“I treat the human body with respect and admiration for its wonderful complexity and see it as a canvas upon which I can create positive results that may improve quality life.”

The son of a Greek shipping executive, Dr. Anastasatos was born in New York during one of his father’s overseas assignments. Returning to Athens, Greece at the age of eight, he quickly discovered a love for science and math and a deep interest in medicine. As an honor student at the prestigious Athens College prep school, Dr. Anastasatos observed his first surgery at the age if 16 and found his calling. By the time he graduated from high school, he had assisted on over 30 surgical procedures. He got a full scholarship for the continuation of his education at Brown University, where he earned a Bachelor’s degree in Economics from the famed Ivy League institution in only three years and was immediately accepted by the School of Medicine, where he was awarded his medical degree four years later.

General surgical training followed at the esteemed Columbia-Presbyterian Hospital, an affiliate of Columbia University. Leaving New York City, Dr. Anastasatos moved south to the University of Alabama, Birmingham (UAB) for his cosmetic and reconstructive residency under renowned plastic surgeon Dr. Louis Vasconez. Dr. A also completed a fellowship in Hand Surgery, Upper Extremity and Micro Surgery. Upon his certification by the American Board of Plastic Surgery, he was appointed Assistant Professor of Plastic Surgery. During this time, Dr. Anastasatos also served as Attending Surgeon at UAB Hospitals, The Children’s Hospital and Veterans Administration Hospital. The UAB health system is recognized as a southeast regional center of excellence in medicine and surgery. 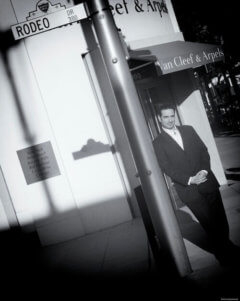 He accepted a job offer to work with the busy cosmetic practice of a former trainee of Dr. Vasconez in Newport Beach in 2005, where he offered his skill as a cosmetic surgeon of face, breast, and body procedures to the demanding masses of savvy patients in Southern California. In 2007 he moved to Beverly Hills and established his own private practice. Dr. John Anastasatos performs both cosmetic and reconstructive plastic surgery. That also includes revision cosmetic surgery of the face, breast, body and nose.

“I have two major goals when I perform plastic surgery. The first one is to give each and every patient what she/he wants. Therefore I listen a lot to my patients during the pre-operative consultations in order to understand what they seek. Often I will see my patients 2 or 3 times pre-operatively to make sure we have proper communication, understanding of expectations and rapport. Successful cosmetic surgery after all is about happiness. When I listen, I understand better and can deliver effectively and accordingly. The second goal has to do with me being happy with my work and my results. With every single operation I have the personal challenge to offer an impressive result with the least possible downtime. Furthermore I consider it a privilege to be selected by each and every one of my patients.” Says Dr. Anastasatos.