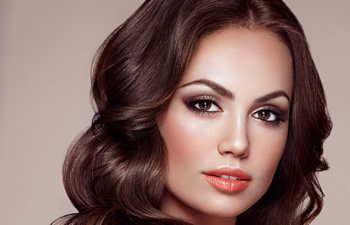 Beverly Hills based Plastic Surgeon, Dr. John Anastasatos answers your questions about different facial traits and characteristics and how certain facial features lend themselves to perceived beauty. He also examines the impact that beauty has on social decision making and sexual attraction.

There is some association with personality shapes and facial features. A man’s muscular body, well defined jaw bone or jaw structure, a cleft chin are considered to be traits of a masculine man. Women tend to be more attracted (physically at least) to more masculine men. However women also may prefer men with different and softer facial features and bodies at different times of their menstrual cycle.

For women large eyes, large lips, small chin, small nose are considered elements of extreme beauty. Particularly for the eyes almond shaped eyes are considered the epitome of beauty and I get to create that for my patients when I do their eyelid surgery or forehead and brow lift surgery.

For both sexes the forehead must be along the same axis as the chin. To be considered beautiful.

The key thing is that neither feature per se or alone can correlate with specific personality traits. However what happens is that the more beautiful people tend to have healthier lifestyles, healthier habits and a healthier more positive look to society because known and unknown people treat them better compared to unattractive people.

A beautiful face is considered the one that is symmetric, youthful and encompasses the mathematical definition of the “ high average”. High average means that if you take a face and to that face you add composites of other similar faces the new face tends to be more beautiful. If you take the face of a female composite face that averaged 30 or 40 composites and superimpose it on the face of a beautiful model the two images would line up very closely.

Another good way to answer this question is my favorite quote about beauty from Aristotle: “Beauty is the best introduction”. And as we know many good things may occur from a good introduction.

Simply out attractive men and women have a competitive advantage in dating, mating and occupation compared to others.

As a facelift expert I have outlined the facial features of attractiveness above.

Offices in California and Greece Schedule Your Consultation Now!